Red or Green LED still flashes after the logger has been stopped.

One thing you may notice now that the logger has been stopped is either the red or green LED is still giving a short flash of light every ten seconds.

If the red LED is flashing every ten seconds this indicates that some or all of the recorded temperature samples in the loggers memory have been outside the range of the defined upper and lower temperature limits you set in the logger.

You can change the upper and lower temperature limits using the parameters dialog box in Temprecord software.

See the picture below and look just above the enables box to see upper and lower limit settings.

If the green LED is flashing every ten seconds this indicates that all of the recorded temperature samples in the loggers memory have stayed within range that is below the upper and above the lower preset temperature limits.

To stop the LEDs flashing you first save your data then put the logger through the re-use function using Temprecord software.

What this does is clears the memory of all data except serial number and general configuration information then resets the logger for starting so more temperature recording can be carried out with your Multiuse logger. 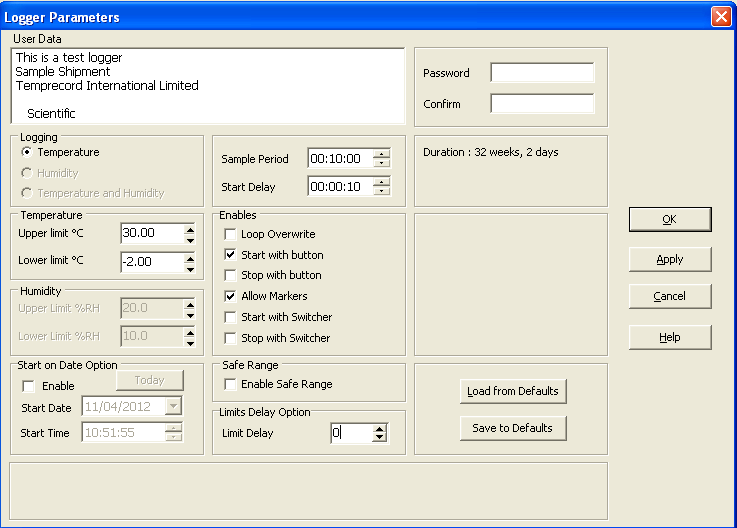